We choose Vue.js as the framework to develop new Web applications within OpenPaaS. This page describes architecture, best practices and explain choices we made.

Here is the (uncomplete) list of dependencies used to build a Vue app:

A “seed” is available at https://github.com/linagora/vue-openpaas-seed. It uses all the dependencies listed above and provides an OpenPaaS compatible layout. By using this seed as basis for other apps, you will be sure to be compliant with all the good practices defined in this guide.

(Replace my-app by your app name)

You will have to change several things in the files, expecially the application name and description in package.json.

The application can be configured by updating the .env files as described in the Vue CLI documentation. Values defined in the .env file are used at several places in the app (from the store), and can be adapted to your environment. For example, while in development, you can redefine your OpenPaaS instance URL in a .env.development.local file which will never be commited (so you can also push secrets in it).

Once done, you can start developping: 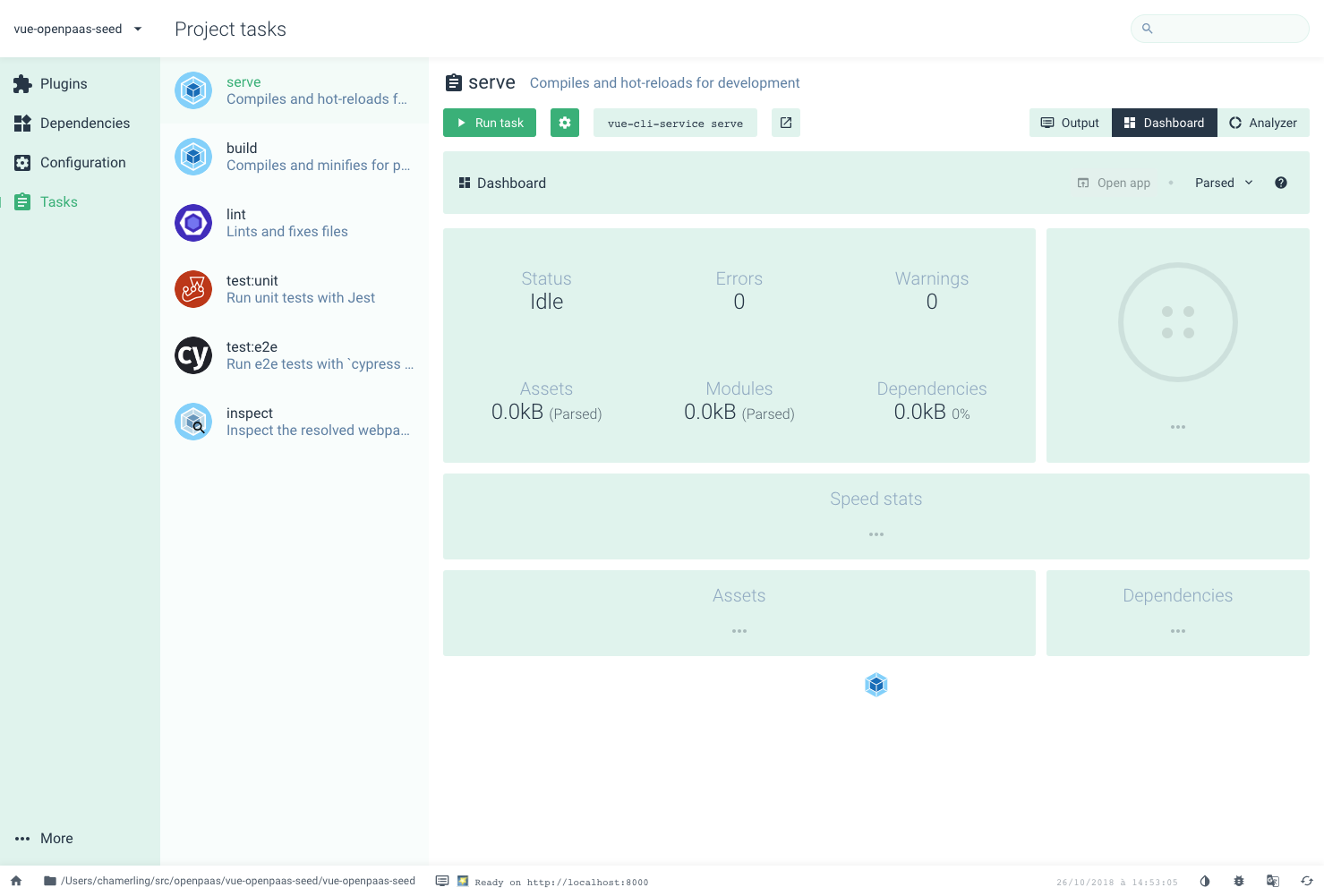 We use the default layout provided by vue-cli:

There are tons of articles around the Web to understand why managing state the Flux-way is easy and powerful. The choice was not hard, just because Vue is simple and provides just the right tools, Vuex is used as state manager, and we rely on the modular approach so that we can scale our app. 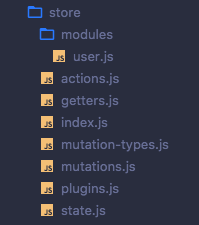 vue-router is used as the application router.

The user will be redirected to the Login page if he is not authenticated when opening the Home page.

By ‘PaaS-hosted’, it means that the application is not hosted in an OpenPaaS ESN NodeJS module. It is hosted somewhere else, in a Docker container, served by an Apache server, etc…

websanova@vue-auth is used to implement JWT based authentication: When a user fills his login/password on the login page, a single POST /api/jwt/generate request is sent to the OpenPaaS backend, to get a JWT token for the given user. The token is then pushed in the application state and reused in all HTTP calls to OpenPaaS.

This is not available right now and it hardly depends on how application are deployed in OpenPaaS:

If a user who is authenticated within OpenPaaS opens a Vue powered application running somewhere else in the PaaS, we should be able to not ask the password again and again. There are several ways to do this, one will be to push a JWT token in the cookie and extract this JWT token when the Vue application is launched.

T O D O: This needs to be checked

T O D O: Check how Lemon can be used, (and is already used)

Some frontend components are available as described in Vue Components. If for some reason, you need a component which is not provided by this module but you think it will be useful to share, please consider adding it to the module.

Vue applications such as openpaas-videoconference-app which need to be deployed in Docker environment must follow some rules:

The important point here is the Docker volume used to put files into the container at runtime. The files in /usr/share/nginx/html/env folder is then used by the application to get all the variables needed to run. For a concrete example, check code in https://ci.linagora.com/linagora/lgs/openpaas/openpaas-videoconference-app/merge_requests/32.

This is then possible to configure the running app from the Docker run command, or any compatible Docker environment like: